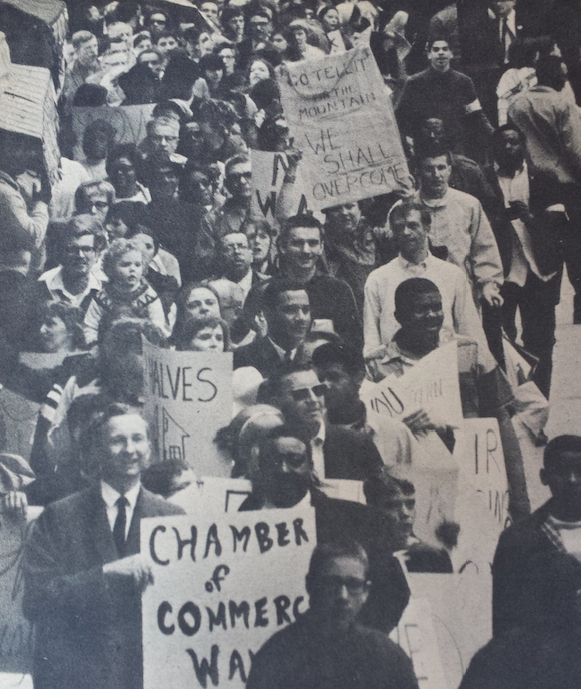 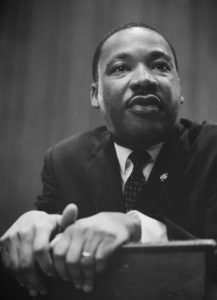 In the late 1950s and 1960s, the Reverend Dr. Martin Luther King, Jr. made several visits to Evanston. King inspired many in Evanston to continue to advocate for justice concerning many issues, from seeking equality in education to advocating for fair housing.

Indeed, King gave strong support to the growing movement to bring fair housing laws to Evanston and surrounding areas of the North Shore (also known as “open occupancy” laws.) It was widely known that discrimination in the sale and rental of housing existed; and in Evanston, advocates for a fair housing ordinance had long attempted to get an effective and comprehensive bill before the city council.[2] A 1966 ordinance had been vetoed by Mayor John Emery, and a 1967 ordinance had passed, but it exempted property owners, financial institutions, and real estate agencies, leading critics to assert that it was entirely ineffective.[3]

On Thursday, April 4, 1968, Dr. King was shot and killed in Memphis; that evening, the news of his death touched off uprisings in cities across the United States, from New York City to Tampa, Baltimore to Kansas City. By Saturday, April 6, U.S. troops had been mobilized to protect the White House and the U.S. Capitol, while the weekend would see some of the nation’s worst ever “civil unrest.” Chicago erupted; it would suffer some of the worst damage to an American city in the wake of King’s murder. 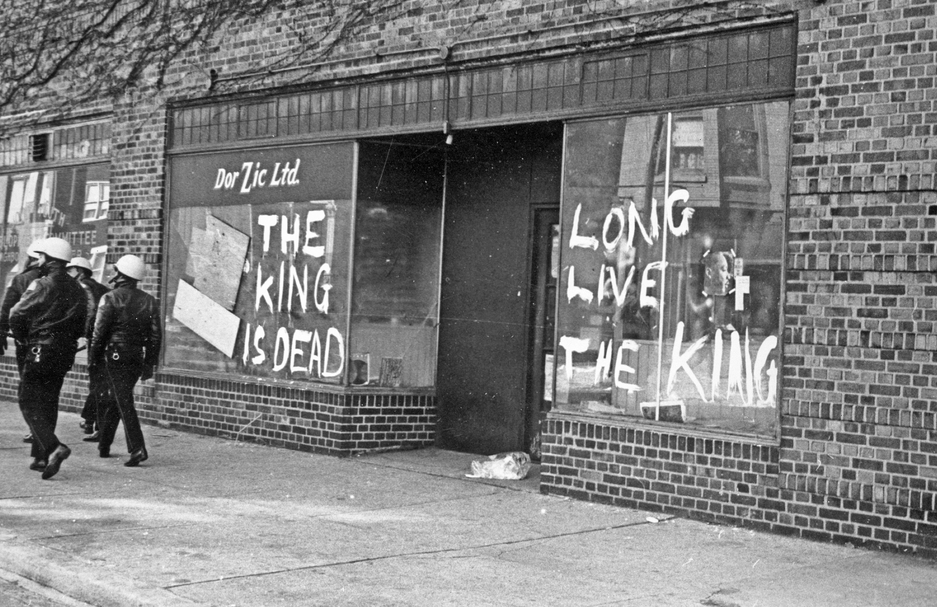 People were enraged at King’s murder and many took to the streets, throwing rocks and bricks, smashing windows, and setting cars and buildings on fire. Chicago Mayor Daley ordered police to “shoot to kill” arsonists and to “maim and cripple” looters.[4] The city was placed under curfew.

The city underwent two days and nights of looting, violence, and arson that would damage several hundred buildings and leave hundreds homeless.[5] In the end, twenty-eight Chicago city blocks lay in ruin, primarily on the West and South sides; 452 buildings were damaged or destroyed; eleven people were dead, 500 were injured, and 2,150 were arrested.[6] 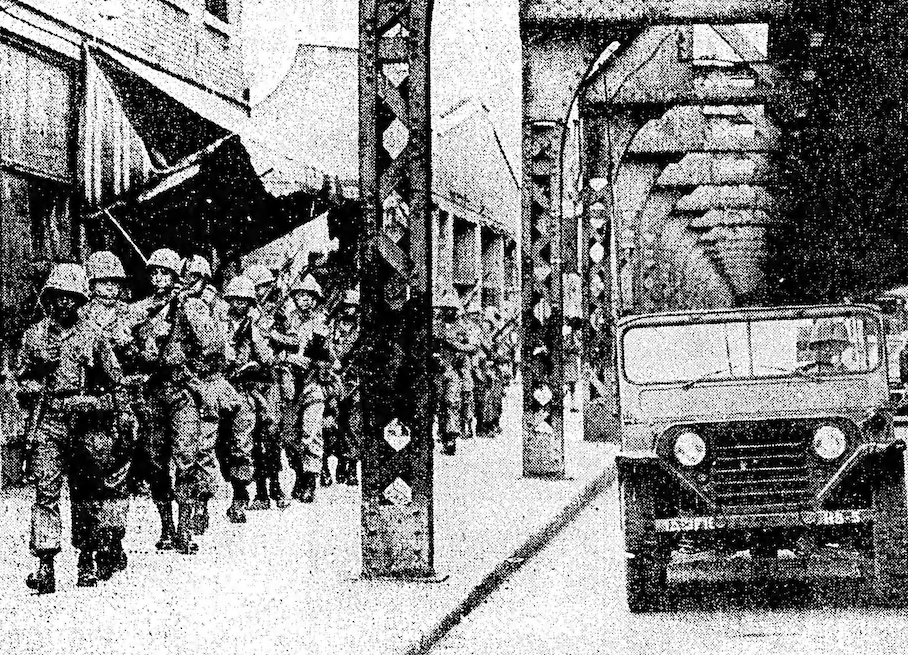 In nearby Evanston, there was concern that violence would also break out, and in fact, a handful of incidents took place: roughly six fires were set, including one at Nichols School that caused $10,000 in damage, and several incidences of vandalism occurred. Eight people were reported being injured when rocks or glass had been thrown, and several arrests were made.[7] The city was uneasy.

In the wake of the violence came reports of a food shortage being faced by hundreds of displaced Chicago residents. In Evanston, many citizens rallied. Northwestern University’s newly formed Afro American Student Union worked to help raise funds and assist in recovery efforts for Chicago residents; and three private Evanston homes became ad hoc collection centers for donated food and clothing: the Heyrmans’ house at 1619 Ashland, the Wilsons’ house at 2687 Stewart, and the Brodkeys’ home at 623 Judson.

At one point, about 600 bags could be seen on the lawn of the Heyrmans’ house. Several Evanston residents volunteered their time (and trucks) to drive the supplies to the office of the Southern Christian Leadership Conference at 3543 W. Jackson St in Chicago for distribution.[8] 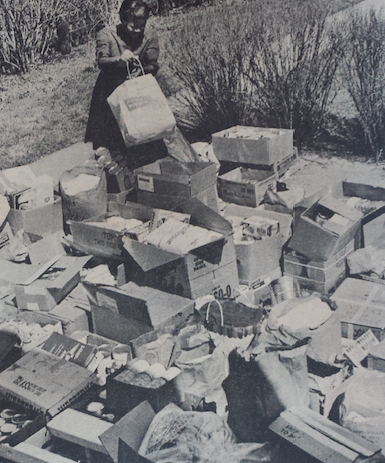 President Lyndon Johnson declared Sunday, April 7, 1968, a national day of mourning for Dr. King. Across the country, memorials were held and businesses closed. On Tuesday, April 9, the day of King’s funeral, which was held in Atlanta, all Evanston schools closed, and more memorial services were held around the city. 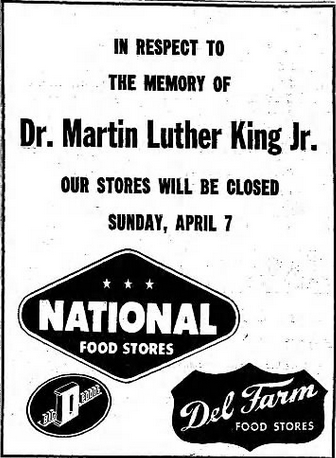 Advertisements such as this one appeared in newspapers across the country

A group of Northwestern students, many of whom would soon (May 3) undertake a sit-in of the University’s business office, led a march and rally on the campus where they demanded that the university support Evanston’s fair housing ordinance and desegregate its own real estate holdings.[9]

Indeed, in the wake of King’s death, the issue of fair housing had moved to the front and center in Evanston. For many fair housing advocates, the time for the city council to pass a strong fair housing law was now.

On April 7, 1968, an estimated three thousand Evanston residents took part in a march that combined a tribute to King with a stand for fair housing. The march began at Emerson Street and McCormick Boulevard, proceeded through the downtown area, and ended in Raymond Park at Chicago Avenue and Grove Street, where a memorial was held.[10]

About 3,000 people marched as a tribute to King and in support of fair housing.

“The fittest tribute the city of Evanston can pay to Martin Luther King,” the Reverend Jacob Blake, pastor of Evanston’s Ebenezer African Methodist Episcopal Church, told the crowd, “is the immediate passage of an effective and comprehensive housing law.”[11] Blake had been a principal organizer of the march and a staunch advocate of fair housing legislation.

Blake asked the gathered crowd to take a “voice vote” on a new fair housing resolution that had recently been drafted. After it was “approved,” he handed it to Mayor John Emery. The mayor had also joined the march and addressed the crowd in tribute to King.[12]

Soon, fair housing advocates formed a “strategy committee” and issued a pledge that the marches would continue until an ordinance was passed. A “Statement of Intent” was also issued that stated “emphatically and unequivocally that if [an] ordinance was not passed on or before April 29, 1968,” the movement would “move . . . from non-violent protest. . . to nonviolent resistance,” involving an “economic boycott of all Evanston businesses, transportation systems, and profit making operations within the city limit of Evanston.”[13]

On April 11, 1968, the Fair Housing Act (Title XIII of the Civil Rights Act) was signed into law by President Johnson, expanding existing laws and prohibiting discrimination in the sale, rental, and financing of housing based on race, religion, and national origin. King’s assassination, it was noted, was a “decisive factor” in the bill’s passage.[14]

Still, in Evanston, no comprehensive fair housing law existed, and so the marches continued – daily reminders that “freedom of residence” in Evanston had not yet been realized. 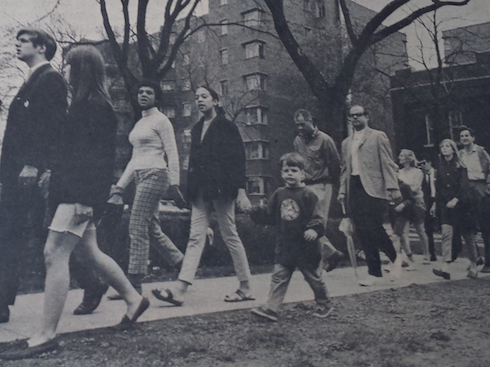 Each day, people marched from Ebenezer AME Church on Emerson Street to the First Methodist Church on Hinman Avenue in an effort to bring about a city council vote on a comprehensive ordinance. Petitions were circulated, with signatories demanding the “immediate passage” of a fair housing ordinance.[15]

On April 15, 1968, the city council finally agreed to take a vote on a new, comprehensive fair housing ordinance. On Monday, April 29, 1968, just over 3 weeks after King’s death, two hundred people packed into the city hall chamber; outside, a crowd of 600 gathered to await the outcome of the vote. 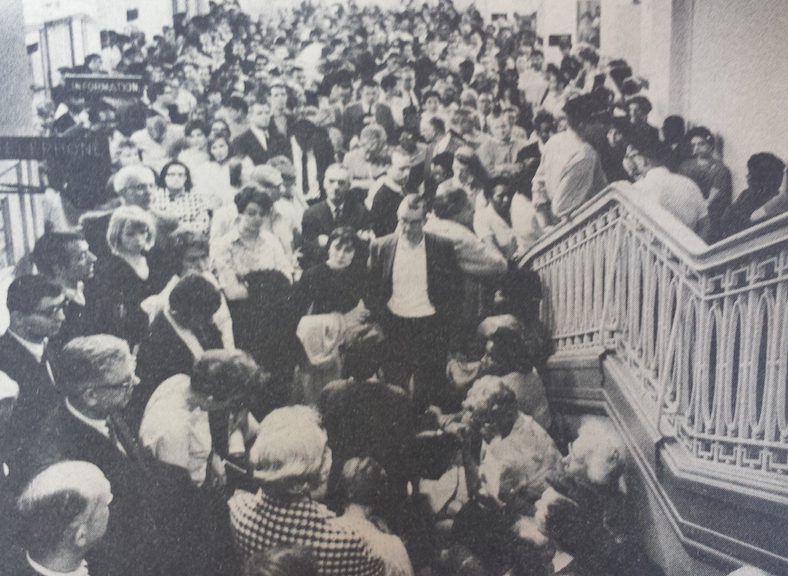 The marches and hard work finally brought success: Fifteen to one, Evanston city council members voted to pass the ordinance, forbidding discrimination on the basis of race in the sale or rental of housing, and this time including steep fines and penalties for property owners, brokers, realtors, bankers, and others who practiced discrimination.

Evanston’s Mayor, John D. Emery, refused to sign the bill, arguing that the city had no “authority to pass such an all-encompassing law.” However, he stated, “the ordinance becomes effective without my signature.”

After the vote, the Reverend Jacob Blake, who was in the city council chamber, walked to the window and announced the result to the crowd outside. A loud cheer erupted. “I am overwhelmed,” Blake said.[16] 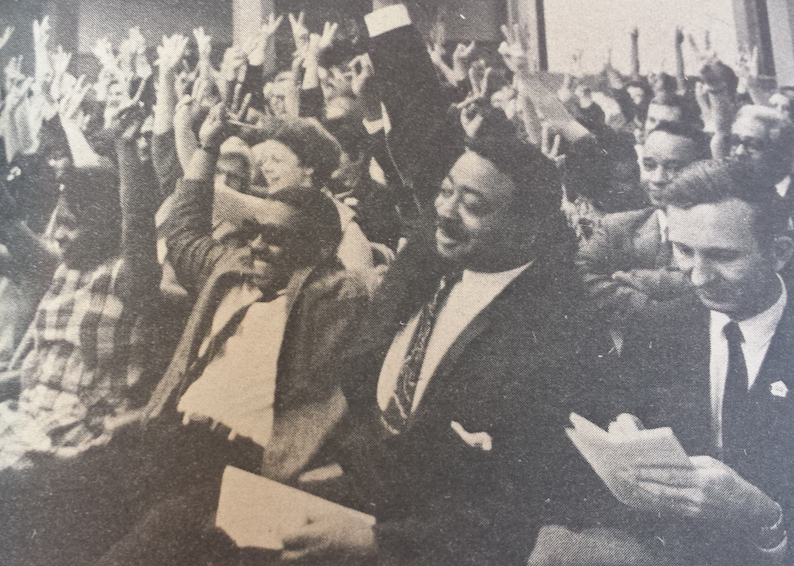 The Ordinance Passes: The Victory Sign is Flashed by the Crowd (Evanston Review)

While the passage of the 1968 ordinance was a key victory in the work to achieve fair housing in Evanston, the issue was far from concluded. The city’s ordinance would be altered and challenged over the coming years.[17] But in that momentous and tumultuous month of April 1968, it was victory.

[2] In October 1967, the Evanston city council passed an ordinance providing a penalty for real estate agents found practicing discrimination. The ordinance created a city-issued license for real estate brokers that could be revoked if they were found to be practicing discrimination in the rental, sale and advertising of housing. “Vote on Open Housing is Set for Evanston.” Chicago Tribune, October 3, 1967. “New Housing Bill Urged,” Chicago Tribune. April 14, 1968.

[17] In 1978, the U.S. Supreme Court ruled that cities and towns, including Evanston, could not impose the penalties warranted by the ordinance; only the state had that right. By 1985, a study of Evanston real estate practices alleged that “racial steering” was being practiced by certain realtors, whereby African American renters and buyers were “steered” toward certain properties and away from other areas of the city. “Discrimination in Evanston’s real estate market is very subtle and not always apparent,” the report noted. Mayor James C. Lytle appointed a committee to investigate, pledging “to correct the problem.” Robert Enstad, “Evanston Cites Realty Steering,” Chicago Tribune, March 27, 1985.