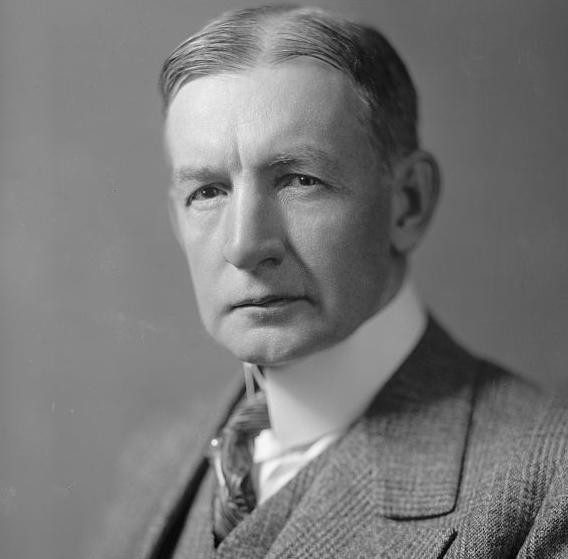 Charles Gates Dawes (1865 -1951) lawyer, financier, and statesmen was born in Marietta, Ohio. He graduated from Marietta College in 1884 and from the Cincinnati Law School in 1886. He was admitted to the bar in 1886 and practiced in Lincoln, Nebraska from 1887-1894. Dawes married Caro Blymyer in 1889, and they had two biological children, Rufus Fearing Dawes and Carolyn Dawes, and two adopted children, Dana and Virginia.

Dawes became interested in public utilities and banking and moved his family to Evanston, IL, where they purchased the 1895 home of Robert Sheppard in 1909. Dawes served as Comptroller of the Currency, United States Treasury Department, from 1898-1901. During the First World War he was commissioned as a major, lieutenant colonel, and brigadier general. He served overseas with the American Expeditionary Forces as chief of supply procurement and was a member of the Liquidation Commission, War Department. After the war, upon the creation of the Bureau of the Budget, he was appointed its first Director in 1921. In 1923, he served as chair of the Allied Reparations Commission that advanced the “Dawes Plan” as a means of stabilizing postwar German finances. In 1925, his work was recognized by the award of the Nobel Peace Prize (shared with Sir Austen Chamberlain).

Dawes was elected Vice President of the United States on the Republican ticket with President Calvin Coolidge in 1924, and served one term. From 1929-1932, he served as Ambassador to Great Britain. From 1932 until his death in 1951, he resumed his banking business and served as chairman of the board of the City National Bank and Trust Co. in Chicago. His books includeThe Banking System of the United States and Its Relation to the Money and Business of the Country, (1894), Journal of the Great War, (1921), A Journal of Reparations (1939), and Journal as Ambassador to Great Britain (1939)

Click here to learn more about Dawes and his extended family