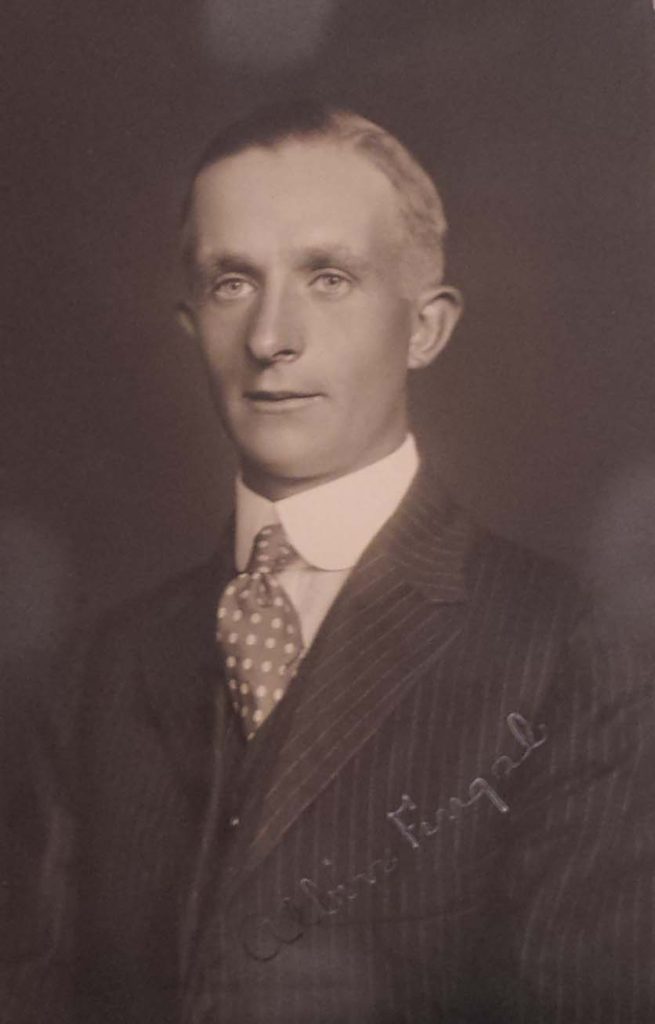 Fingal was just 24 years old when he went to the local board in Evanston to register for selective service. Although Fingal was not a U.S. citizen, he was still required to do so. Like all other immigrants who were not citizens, Fingal was classified as a resident “alien” (as opposed to an “enemy alien,” a classification for those living in the U.S. who were from Axis countries. Fingal’s home country, Sweden, declared itself neutral through the war.)

In registering for selective service, immigrants such as Fingal were asked if they declared their intention to apply for U.S. citizenship. If they did, they were subject to being drafted into the armed forces. If they did not, they were classified as “Class V,” and not subject to the draft.[1]

However, even for those not classified as “enemy aliens,” the threat of deportation existed. Should they choose not to declare their intention to become U.S. citizens, they were asked if they would be willing to return to their home countries and serve in their armed forces.

Fingal described himself as an “alien” on his registration card. While he may have intended to become a citizen, he had not declared that intention. Nonetheless, whether he was later drafted or enlisted, he became a soldier in the 131st Infantry Regiment of the 33rd Division. The Division had been activated in July 1917 in Illinois and was overseas in May 1918.

In early October 1918, Fingal’s unit , like so many American units deployed along the Western Front, would see a “bloodbath.”

“Private Albin Fingal was hit about 2 o’clock by shrapnel from a shell bursting about ten feet away. . .He died on a stretcher about an hour after being hit.”

The Evanston War Memorial
“Repatriation”
Back to: “Evanston Remembers: The Centennial of World War I.”