Frances Poole was born on October 26, 1886 and grew up in Evanston. The family lived in several houses in Evanston, including 939 Forest and 1631 Hinman. Frances had two brothers, Clarence and Charles, and a younger sister, Dorothy. Her mother, Annie, was widowed after Frances’s father Charles Poole, a patent attorney and Northwestern University graduate, passed away in December 1914.

After graduating from Evanston Township High School, Frances entered Northwestern University. She left in 1911 in order to enroll in a nurse training program at the Presbyterian Hospital. She graduated from the program in 1915 and elected to become a “welfare nurse” to help those in need. First she worked for the Chicago Telephone Company’s home in Warrenville, IL. Later, she worked for the same company on the South Side of Chicago, making home visits to patients. 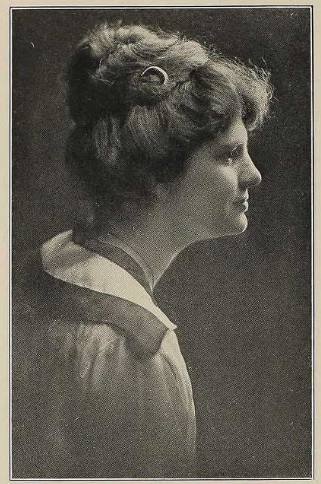 Once the United States entered the Great War, her two brothers Clarence and Charles, both entered the service. Frances wanted to do her “bit” too. She responded to the American Red Cross’ recruiting call. Nurses were desperately needed and Frances decided that she could take her skills as a nurse and apply them in service to her country. She was assigned to the military hospital (General Hospital No. 5) at Fort Ontario in Oswego, NY. The busy hospital staff cared for sick or wounded U.S. troops who had been brought back home from France. 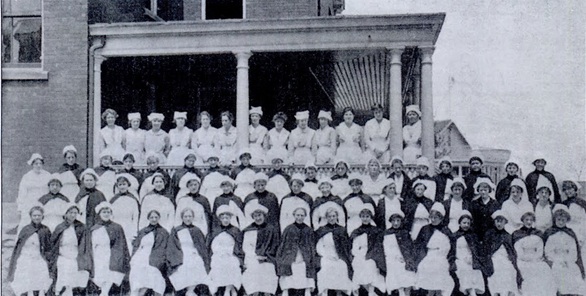 At the time, to work in a hospital was nearly as dangerous as being near the front lines. In 1918, it became even more dangerous upon the outbreak of an international influenza pandemic, brought on by the global movement of people at war.

Ultimately, the pandemic would claim an estimated 30-50 million lives worldwide, with 675,000 people dying of the illness in the U.S. alone.[1]

Coming into constant contact with sick patients, Frances contracted influenza in September 1918. She continued to work, refusing to go of duty since so many patients needed her. Soon, pneumonia set in and she passed away. The Chicago Tribune carried her obituary on October 10, 1918.

Frances was laid to rest in the family plot in Rock Creek Cemetery in Washington, D.C. Her grandparents, who had lived in Washington, were buried there, as was her father, Charles.

Northwestern University would later remember Frances as the “only woman among the Northwestern students who victoriously gave their lives in service.”

[1] For more about the influenza pandemic see: Sandra Opdycke, The Flu Epidemic of 1918: America’s Experience in the Global Health Crisis. New York: Routledge, 2014.