Merrill Blanchard was known as “Jeff” to his friends. He was born in Pennsylvania on May 25, 1895. His father George, mother Mary, and older brother, Scott, later moved to Evanston where they resided at a residence in the complex known as the Greenwood Inn on Hinman Avenue (razed, c. 1952). In 1914, on the eve of the outbreak of the World War, Blanchard graduated from ETHS.

After graduation, Blanchard enrolled at Cornell University, where he studied mechanical engineering. He joined Alpha Delta Phi fraternity and served as the assistant manager to the freshman football team. 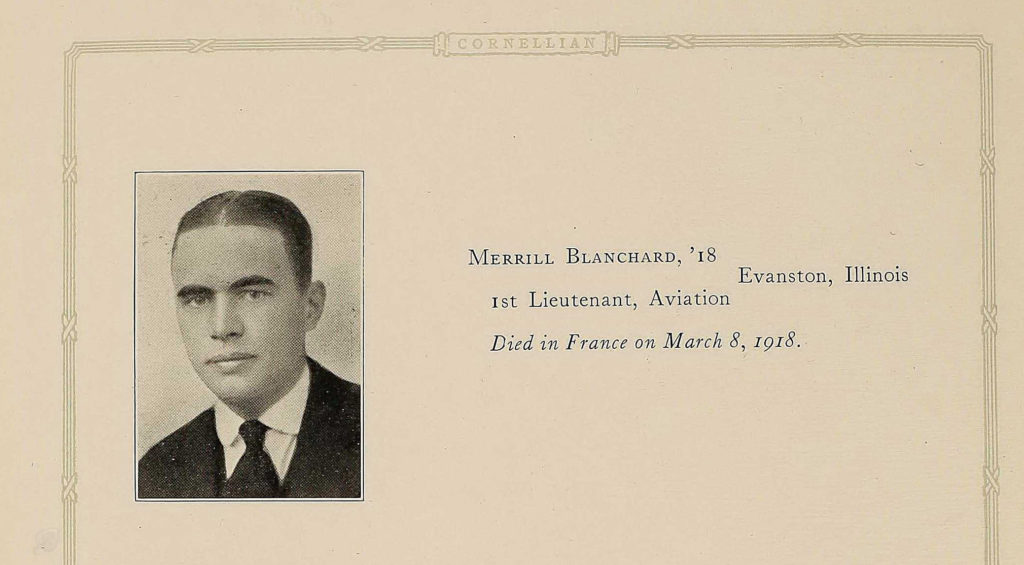 A member of the class of 1918, Blanchard was like many of his classmates in wishing to serve even though they had not yet earned their degrees. In light of this fact, universities across the country allowed students to take a “leave of absence” to enter the military. Blanchard was one of 1800 Cornell students who did so upon the U.S. declaration of war.[1]

In 1917, in the spring of his junior year, he duly registered for selective service in Evanston, and enrolled in one of the five schools of Military Aeronautics at the University of Illinois, graduating in August 1918.[2]

On March 8, 1918, he received a commission as first lieutenant and joined the Signal Reserve Corps, Aviation, and became part of the American Air Service, 35th Aero Squadron.[3]

The precursor to the Air Force, the American Air Service during WWI was still in its early days.A total of 77,726 members would be deployed overseas, with 544 casualties. October 1918 saw the highest number of casualties among the AAS (125). Blanchard was among them. He was killed on October 20, 1918 “while flying at the front.”

Blanchard’s parents elected to have his body repatriated.

In December 1920, he was buried at Highland Cemetery in Lock Haven, PA. 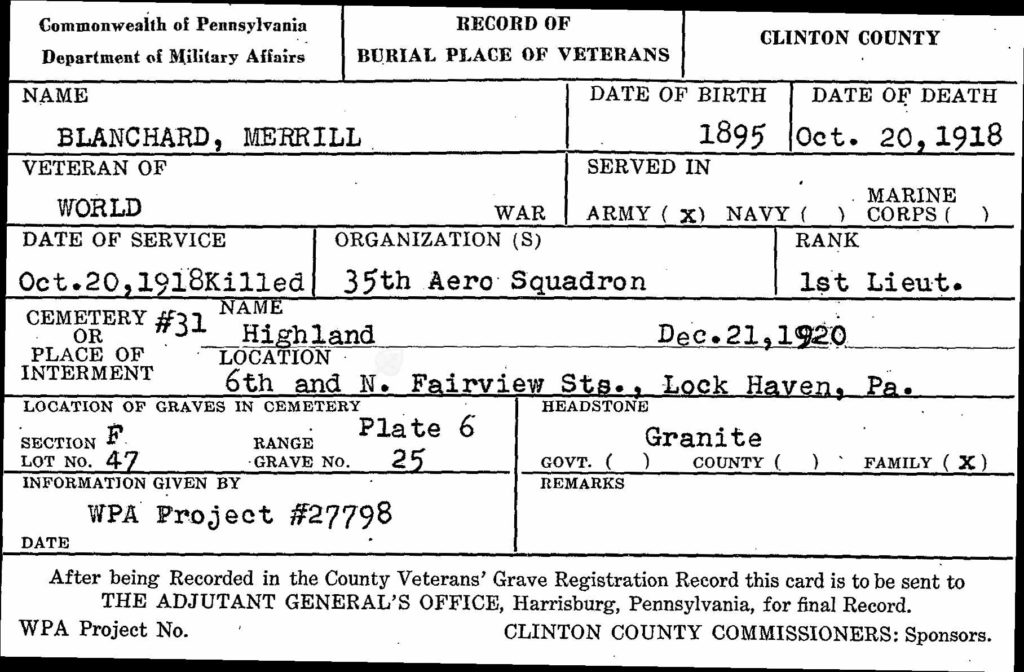 Blanchard’s family elected to have their son “repatriated” and buried in Pennsylvania.