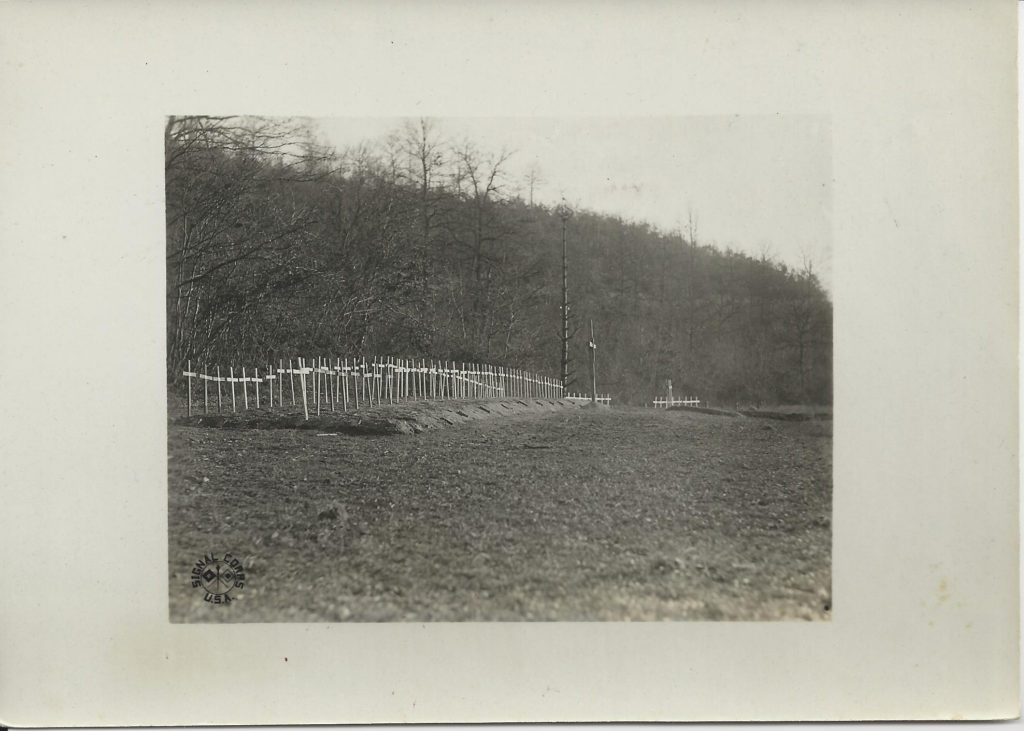 After World War I, more than 75,636 Americans lay buried in 2,400 small and large cemeteries across Europe, mostly in France.[1] Back home, “Gold Star” families—those who had lost relatives in the war — worried that their sons and daughters had been laid to rest with little or no ceremony, that they had been buried in untended, unmarked, or hastily dug graves.

The vast majority of families wanted their relatives returned to the U.S. for (re)burial, and initially, the U.S. government argued that the dead would be repatriated.[2] Gold Star Families were asked if they preferred the option of re-burying the bodies in national cemeteries in France, keeping the graves where they were, or bringing them home.[3] Of the 75,000 inquires sent to families of deceased soldiers, 59% wanted the bodies returned to the U.S.[4] But the French government halted any such program, owing to the fact that the country — with its five million “soldier corpses [that] lie in France”[5]— had been decimated by the war. It had neither the means nor the manpower to execute any such a program. The French government’s ban on repatriating the bodies was in effect from January 1919 to January 1922.

After the ban was lifted earlier than the initial deadline, repatriation began. Many American graves remained untouched, but a sizeable number of the dead were re-buried in official American cemeteries in France or repatriated home to the United States.

According to the American Battle Monuments Commission (established after the war in 1923), the graves of 30,922 Americans who died in World War I remain in Europe.[6] Owing to the vast physical distance separating the “Gold Star” families from their loved ones who were buried in France, the government would later fund pilgrimages to Europe for family members to visit the grave sites. [7]

In 1919, as a campaign to place violets on the American graves overseas was launched. In May 1919, on Decoration Day[8]—an informal holiday for honoring war dead —President Woodrow Wilson officially dedicated a cemetery at Suresnes, outside of Paris, where thousands of Americans were buried. The cemetery would be the first of several that were given by the French government to the United States. Later, American cemeteries would be dedicated at St. Mihiel, Belleau Wood, Meuse-Argonne and other locations.

It would not be until Armistice Day, 1921, that the United States would make a truly national, symbolic gesture to “lay to rest” all of the men and women who had perished in the war.

On Decoration Day, 1921, four unidentified bodies were exhumed from graves in France. A decorated American soldier selected one to be repatriated to the United States.

No one knew who the soldier was, but in an outpouring of grief, Americans reverently paid their respects as the body lay in state in the Capitol Rotunda in Washington, D.C.

He was no one’s son. He was everyone’s son.

“America’s unknown dead is home from France at last,” reporter Kirke Larue Simpson wrote, “and the nation has no honor too great for him. In him, it pays its unstinted tribute of pride and glory to all those sleeping in the far soil of France. It was their home-coming to-day; their day of days in the heart of the nation and they must have known it for the heart beat of a nation defies the laws of space, even of eternity.”

On Armistice Day, November 11, 1921, the body of the unknown soldier was buried in the Memorial Amphitheater at Arlington National Cemetery. President Harding officiated at the interment ceremonies, stating, “American lays her wreath on the unknown soldier’s grave; sure at least that he is her son.” (Washington Post, November 6, 1921.) 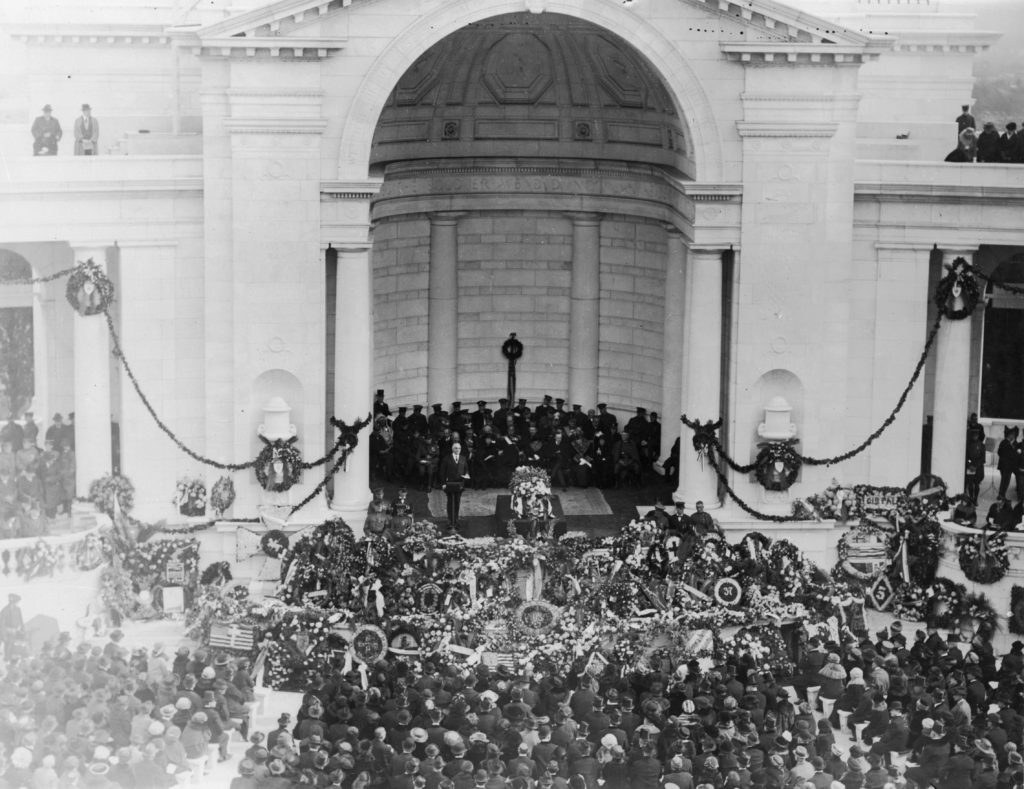 President Harding, November 11, 1918. At Arlington National Cemetery. The burial of the “Unknown Soldier.”

Parts of this essay appears in Jenny Thompson’s essay “Homecoming,” which appears in Charles Gates Dawes A Journal of the Great War, new critical edition, 2016.

Up Next: “Restoration: Profiles of Evanston’s War Dead.”

Go to: Evanston Remembers: The Centennial of World War I

[8] Decoration Day was first observed in 1868 in honor of American Civil War dead. The day was devoted to decorating their gravesites. Use of the term “Memorial Day” would become more common over the years, especially after World War II. A congressional act in 1967 officially changed the name to Memorial Day.