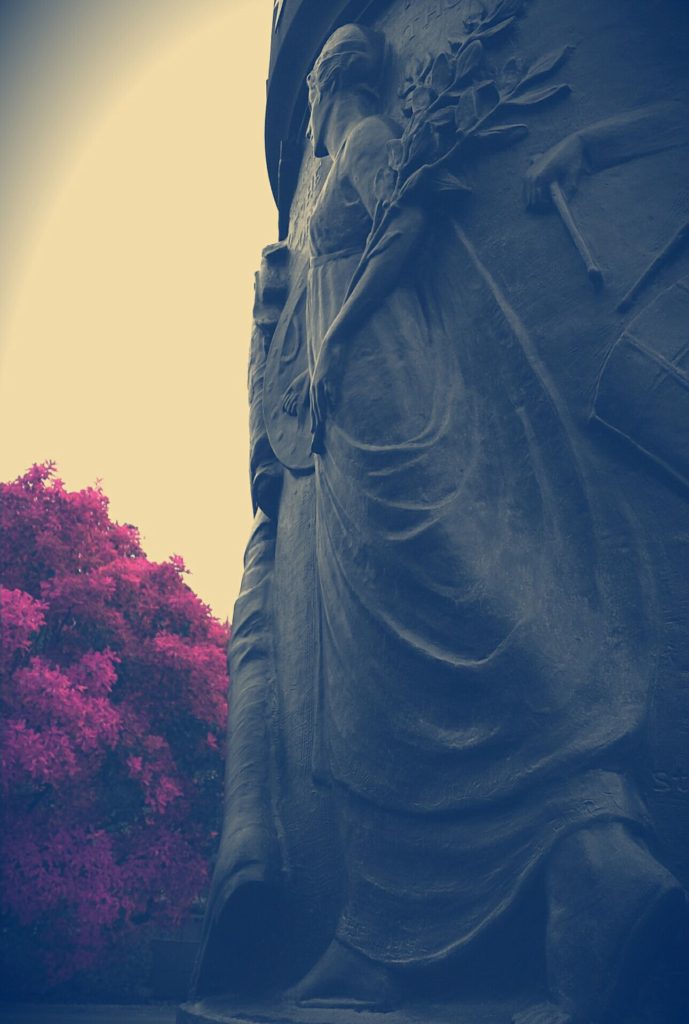 What war takes away is never restored.

Nearly a century has passed since those whose names are inscribed on the Evanston War Memorial died. War is a taking away, a devastation that leaves in its wakes a multitude of victims, soldiers and civilians alike. It also casts its dark shadow across generations.

It falls to generations after the war has long since passed into history to peer backward, to locate and uncover memories, to articulate facts, and to tell the stories anew about the people who were a part of the Great War. It falls to us to derive some kind of meaning out of this past, and hopefully, to craft some insight and understanding about war’s devastating effects.

Here follows a few profiles of those who served and died in doing so. Their stories are human, fascinating, and heart-breaking. Their lives are remembered, even in the face of the sometimes few, spare details that can be uncovered today.

Remembering them is a tribute that, however incapable of restoring entirely their presence, can at least serve to remind us of their lives.  Evanston, like cities and towns across the country, and indeed, the world, is representative of the lives lost in the “war to end all war.”

Throughout the Centennial, EHC will be posting more materials and updates, and adding to the profiles of those who died in the war.

Click on a name below to learn more about their story:

The Evanston War Memorial
“Repatriation”
Back to: “Evanston Remembers: The Centennial of World War I.”

*The term “War Dead” is an historical one, used frequently and with respect throughout the war years and afterward. It is used here with the same respect and desire to make an historical connection with the time.