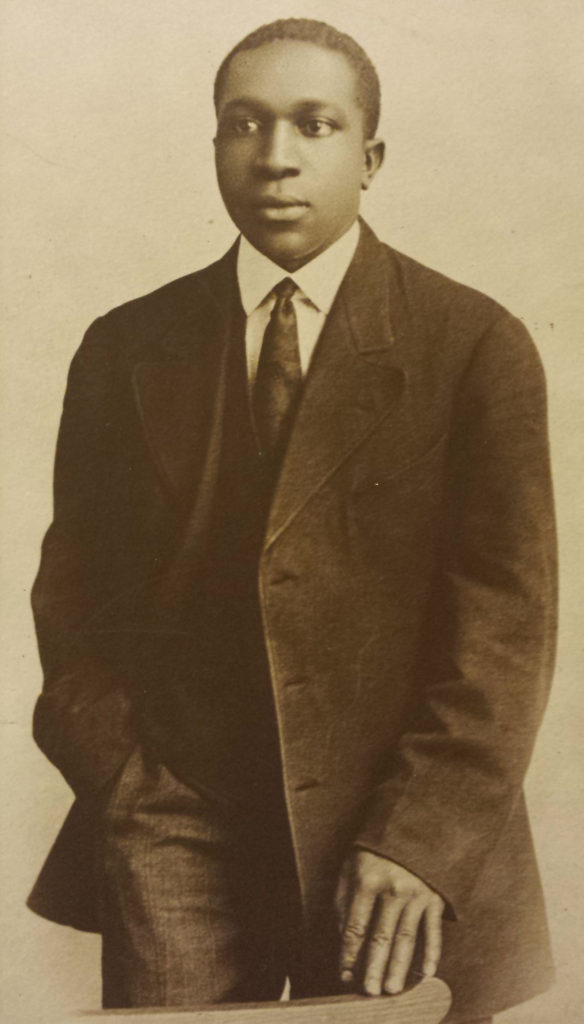 Thomas Henry Garnett was born in Augusta, Georgia, on October 12, 1892. His parents, John Garnett, a laborer, and Millie Garnett, a domestic worker, had five children, including Thomas. But by 1910, only Thomas and one other sibling were living.[1] At some point after he turned 18, Thomas made his way north to Evanston where he would find a job in “housework,” as he put it, for Clara L. Root. Thomas worked and lived in the Root household at 2001 Orrington Avenue in Evanston.

On June 5, 1917, the first of three nationwide Selective Service registration days took place. All men, age 21 to 31, were required to register with their local boards.[2] These “signers for liberty,” as the Chicago Daily Tribune called them, would thereby be eligible for “compulsory military service,” aka, “the draft.” In Evanston that day, 3,162 men showed up to fill out their registration cards.

To “evade” or “dodge” the draft was serious business. And the threat of imprisonment was real. Many men would be arrested for failing to register, and “slacker raids” took place across the country, with police scouring places that young men were likely to inhabit (pool halls, movie theaters, etc.). If one could not produce proof of registration, one was immediately arrested or sent to a local board to register. Some employers required employees to show proof of registration when returning to work that day. Thomas might have asked his employer, Mrs. Root, if he might go and register. And so on that June day, he filled out his form: he was 24 years old, single, a “natural born citizen,” and of Ethiopian descent. He signed his name neatly: Thomas Henry Garnett.

The lower corners of Garnett’s registration card are missing (see below). This was by design. On that corner was printed an instruction: “If this person is of African descent, tear this corner.” 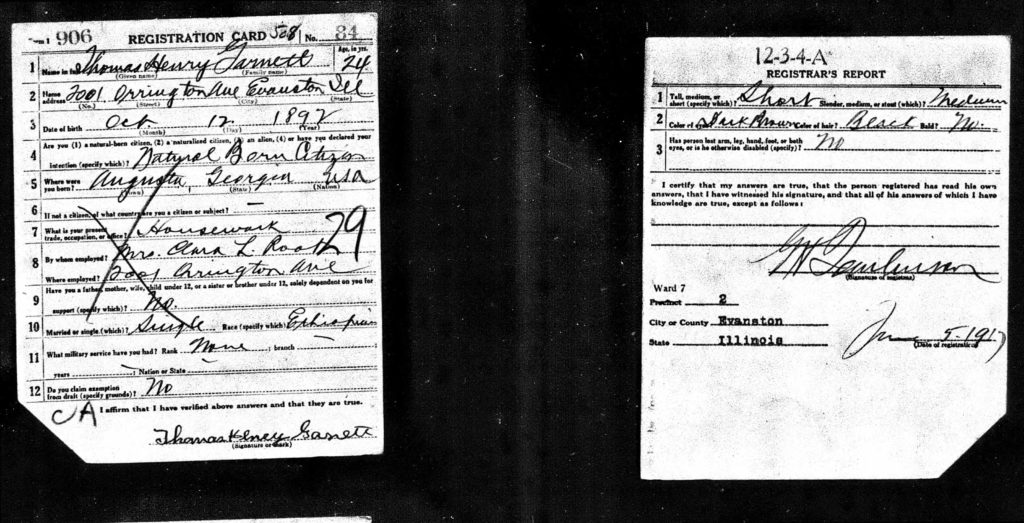 Thomas would soon find himself part of the United States military. He was sent for training with the 365th Infantry Regiment of the famed 92nd “Buffalo Soldier” Division, one of two African-American divisions that went overseas with the American Expeditionary Forces (AEF). Parts of Thomas’ division would serve under the command of the French army. At the time, the AEF was segregated. Both British and American command refused to integrate their militaries, despite the desperate need for troops. 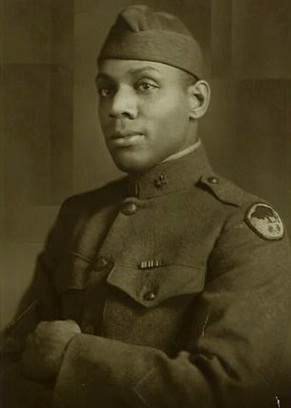 Unidentified soldier in the “Buffalo” Division (92nd). Note the buffalo on his shoulder patch.

Both the 92nd and 93rd Divisions would be among the highest decorated units in WWI. 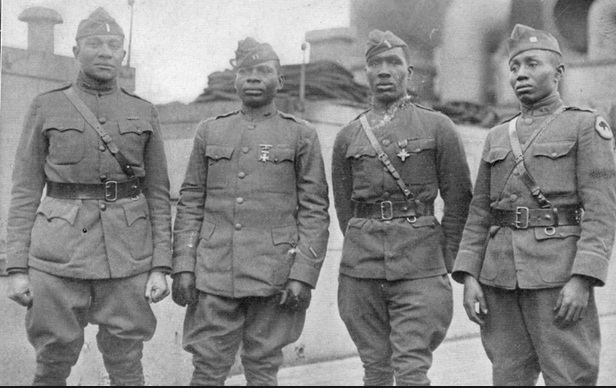 In August 1918, about two months after arriving in France, Thomas’ unit received its “baptism of fire.” By the fall of 1918, American troops, under the command of General John Pershing, would be deployed in massive numbers. Over one million U.S. soldiers would see heavy action during the Meuse-Argonne Offensive, a series of battles fought along the Western Front in the fall of 1918. Eventually, the Americans would help turn the tide of the war, securing the defeat of the Axis forces. (Read more about Thomas’ unit here in Emmett J. Scott’s seminal The American Negro in the World War, 1919. https://net.lib.byu.edu/estu/wwi/comment/scott/SCh11.htm)

He was laid to rest in a grave “somewhere in France.”

For Americans, the fact that their sons would lie buried in graves thousands of miles away added extra pain to the loss and grief. In the years after the war, family members petitioned the government to pay for their pilgrimages overseas to visit their loved ones’ graves. Many more would later choose to have the bodies disinterred and repatriated to a local cemetery in the United States. (See “Repatriation.”)

In August 1921, the body of Thomas Henry Garnett was returned to the United States for re-internment at Arlington National Cemetery. You can locate his gravesite here. 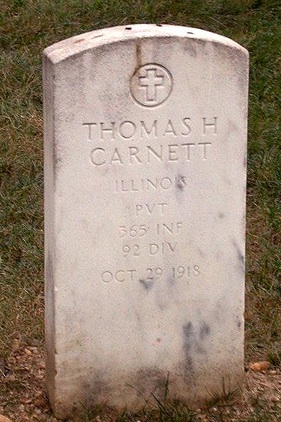 In April 1938, city council member Edwin Jourdain proposed an ordinance to change the street’s name to Garnett Place in honor of Thomas Garnett. The ordinance passed.

“Mr. Mayor and Gentlemen of the Council,” Jourdain stated in introducing the ordinance, “I am about to present for passage tonight an ordinance by which the City of Evanston will not only pay tribute to the memory of a distinguished son of this City, who laid down his life on the field of battle, but by which the City will, to an even greater extent do itself honor. The ordinance will change the name of the street now known as Ayars Place, and will give to that street the name of a war hero who died carrying on a tradition glorious in the military annals of our country—the tradition of the valor of the colored soldier.”

[2] Later, the age limits were expanded to require registration for all men age eighteen to forty-five. Nearly 24 million men registered in total. The Selective Service act had passed on May 18, 1917, authorizing compulsory military service.