Evanston Women and the Fight for the Vote shares the story of the critical role that Evanston women like Frances Willard, Elizabeth Boynton Harbert, and Catharine Waugh McCulloch, and many others played in local, state, and national women’s suffrage movements. The exhibit will explore the tactics and strategies that suffragists used through the use of original artifacts, archival materials, costumes, and photographs from the EHC collection.

The exhibit will be on display through March at the Evanston History Center. 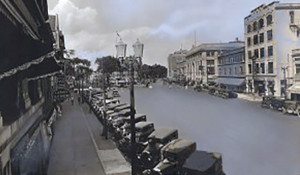 EHCs permanent exhibit of Evanston history features an overview of the community’s history from its beginnings to today. This wonderful interactive exhibit uses artifacts and archival materials from EHCs collection to tell the story of the community and some of the amazing people who called Evanston home.

Visit the second floor of the Dawes House to see this exhibit during our open hours, Thursday-Sunday from 1-4 p.m.