The Evanston History Center offers connections to a broad range of speakers through our Speakers Bureau. Some of our speakers are in-house experts. Some have given presentations in our popular “Under the Buffalo” series. If you are looking for someone to present at a meeting, luncheon, or any other event, EHC’s Speakers Bureau is a great place to start.

How it works: contact each speaker directly to make arrangements by clicking on the link for more information. For EHC staff, you can contact them via email by click on their names or by calling EHC. EHC does not handle bookings or negotiate speaking fees. Speaking fees may apply and are determined on a case-by-case basis. Questions about the Speakers Bureau? Contact Jenny Thompson at jthompson@evanstonhistorycenter.org

Art historian and educator Krista August specializes in investigating and curating the history behind local landmarks. Krista’s lectures take listeners on a virtual tour and are popular with private groups, libraries and historical societies.

Her original project, Giants in the Park, was awarded 2011 Book of the Year in by the Chicago Writers Association and received 2014 and 2017 Certificates of Excellence from the Illinois State Historical Society. Her newest programs include: Signposts on the Prairie, which illuminates Illinois history; Vanished: Monumental Art at the World’s Columbian Exposition; and Chicago Holiday Traditions – Old and New.

Krista formerly worked in finance and as a teacher and holds mathematics and graduate education degrees from Northwestern and DePaul universities, respectively. She is a former guide for the Chicago Architecture Foundation and a member of the Chicago Tour Guide Professionals Association (CTPA).

Author and historian, Leslie Goddard has been presenting history lectures and performing first-person programs in the Chicago area for more than ten years. She is a former museum director and the author of two books on Chicago history. She also holds a Ph.D. from Northwestern University specializing in American studies and U.S. history. Her nationally recognized programs include presentations for the Illinois Humanities Council, Chicago’s Navy Pier, WBEZ-Chicago Amplified, Questers International, and scores of schools, universities, museums, libraries, clubs, and businesses.

Director of Facilities, Visitor Services, and Collections at EHC, Kris manages architectural preservation, collection conservation and educational interpretation of the Dawes House. Former Vice Chair of the Evanston Preservation Commission, Kris leads regular architectural tours of Evanston, co-authored a book on local architecture and speaks to regional organizations and the public on historic architecture and Evanston history.  She believes in the power of architecture to tell the many stories of a community, and enjoys sharing those stories with a broader audience. Kris has a Certificate in Historic Preservation from Northwestern University and a Master’s of Science in Historic Preservation from The School of the Art Institute of Chicago. 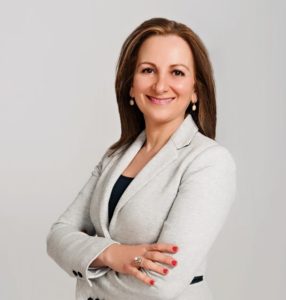 Jacqueline Saper is the author of  “From Miniskirt to Hijab: A Girl in Revolutionary Iran,” a memoir of her life growing up in Iran. Saper (named after Jacqueline Kennedy) was born in Iran to an Iranian father and a British mother. In her childhood, she experienced life in Iran’s thriving Jewish community.  But in 1979, at age 18, she experienced the tumultuous Iranian revolution. She was in Iran when revolutionary zealots brutally stormed the American Embassy and took 52 hostages, whom they held captive for 444 days. While many members of her community sought asylum abroad, she and her family remained, expecting (and hoping) that the strictures imposed by the new regime would be short-lived.  But that would not be the case. Her memoir is a riveting story of fate, faith, and multiple cultural identities of a young woman in one of the most fascinating and politically turbulent parts of the world. 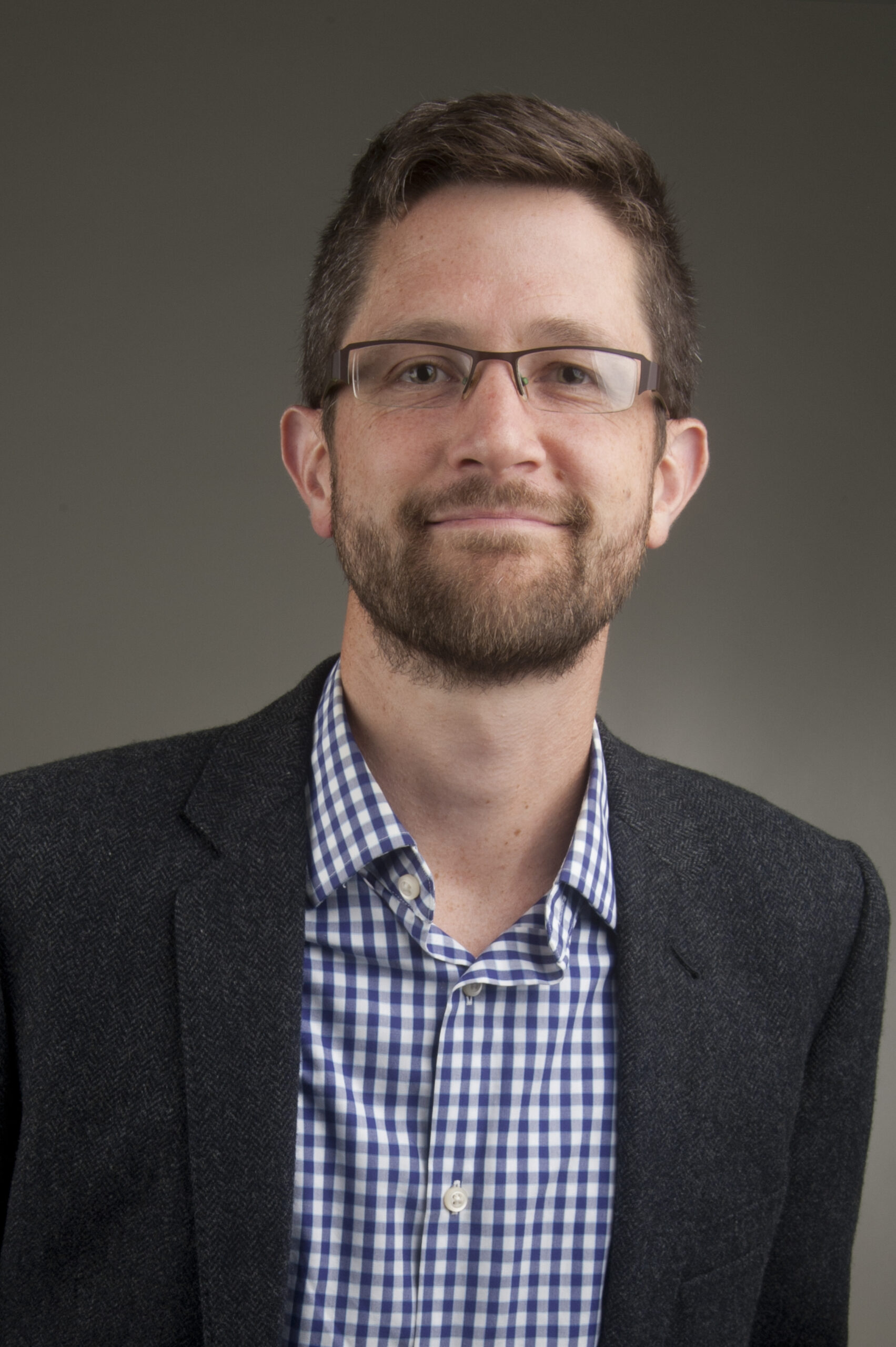 Brian McCammack is Associate Professor of Environmental Studies at Lake Forest College in Lake Forest, Illinois. He is the author of the award-wining book, Landscapes of Hope: Nature and the Great Migration in Chicago. McCammack previously taught in Environmental Studies at Williams College, History at Tufts University, and History & Literature at Harvard University. He received his doctorate from Harvard University in the History of American Civilization and his Master’s from the American Studies department at Purdue University.

About Landscapes of Hope: Between 1915 and 1940, hundreds of thousands of African Americans left the rural South to begin new lives in the urban North. In Chicago, the Black population quintupled to more than 275,000. Most historians map the integration of southern and northern black culture by looking at labor, politics, and popular culture. An award-winning environmental historian, Brian McCammack charts a different course, considering instead how black Chicagoans forged material and imaginative connections to nature.The first major history to frame the Great Migration as an environmental experience, Landscapes of Hope takes us to Chicago’s parks and beaches as well as to the youth camps, vacation resorts, farms, and forests of the rural Midwest. Situated at the intersection of race and place in American history, it traces the contours of a black environmental consciousness that runs throughout the African American experience.

Eden Juron Pearlman has been the Executive Director of the Evanston History Center (EHC) since May 2005. Before becoming Director Ms. Pearlman was the Curator of Collections at EHC, a position she held beginning December 1996. Ms. Pearlman holds a Bachelors and a Masters Degree in Art History from the University of Illinois, as well as a graduate certificate in museum studies, also from the University of Illinois. She enjoys lecturing on varied topics including Evanston History, House Museums, Early 20th century art and architecture, and local interest.

EHC Director of Education. Jenny Thompson’s work focuses on 20th century American social and cultural history. Presentation topics include the Takeover 1968 (Black student activism at Northwestern), racial segregation in Evanston and at Northwestern, a visual history of American World War I propaganda, and the United States in the 1970s. She can also lead workshops on print on demand publishing and online research techniques. She has a BA from San Francisco State University, an MA in American Studies from the George Washington University, and a in American Studies from the University of Maryland. Her books include The Takeover 1968 (2019) and War Games: Inside the World of 20th Century War Reenactors (2004). Her essays and articles have appeared in anthologies and journals, including the New York Times. You can contact Jenny at jthompson@evanstonhistorycenter.org 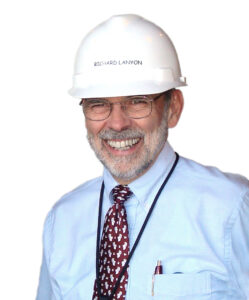 Retired Executive Director of the Metropolitan Water Reclamation District, Dick Lanyon has had water on his mind for 70 years and looks forward to sharing his experience with urban water resources. In 2012, Dick published Building the Canal to Save Chicago, a historical documentary of the first project of the MWRD that enabled the reversal of flow in the Chicago River to protect Lake Michigan. In May 2016 his second book, Draining Chicago: The Early Years and the North Area, was published. West by Southwest to Stickney, Draining the Central Area of Chicago and Exorcising Clout was published in April 2018. Calumet: First and Forever: Draining the South Area of Chicago and Territorial Expansion was published in September 2020. All four completely describe the engineered drainage, stormwater and wastewater systems in metropolitan Chicago and history of the engineered MWRD infrastructure. Dick has resided in Evanston since 1975. Dick can be reached at 312-307-8855 or dicklanyon@sbcglobal.net.

A Chicago-based urban planning and zoning consultant, Lawrence Okrent has been professionally involved in some of the most significant projects realized in metropolitan Chicago during his 40-year career.  He is the author of Chicago from the Sky: A Region Transformed, an illustrated history of ongoing change in Chicago and the region from 1985 to 2010.  His copiously illustrated lectures have been presented at universities, historical societies and professional and cultural organizations throughout the city and suburbs.  Current presentation topics include The Evolving Face of Chicago: 1985-2013, the Historic Development of Grant Park, and Illinois Center/Lakeshore East: City-within-a-City.

Lori Osborne is Directer of the Evanston Women’s History Project. Osborne also serves as Vice President for Operations of the National Collaborative for Women’s History Sites. Osborne holds a Master’s Degree in English Literature from the University of Chicago and a Master’s Degree in Public History from Loyola University Chicago. She is available to speak on the following topics: Evanston History; Evanston women’s history; Frances Willard and the Woman’s Christian Temperance Union; and the Women’s Suffrage movement in Illinois.