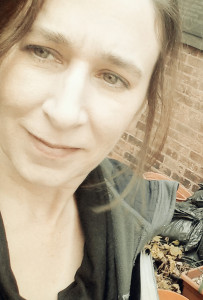 mine a variety of historical topics, from 1960s student activism to the ways visual images are used to tell the stories of history. She has taught at the University of Maryland and Roosevelt University. Lecture and presentation topics include The Takeover 1968 (Black student activism at Northwestern), racial segregation in Evanston and at Northwestern, a visual history of American World War I propaganda, legacies of war in popular culture, and the United States in the 1970s. She can also lead workshops on print on demand publishing and online research techniques. She has a BA from San Francisco State University, an MA in American Studies from the George Washington University, and a PhD in American Studies from the University of Maryland. Her books include, The Takeover 1968: Student Protest, Campus Politics, and Black Student Activism at Northwestern University (2019), War Games: Inside the World of 20th Century War Reenactors (2004, 2010), My Hut: A Memoir of a YMCA Volunteer in World War One, (editor, 2006), and Evanston: A Tour Through the City’s History (editor, 2013). Her essays and articles have appeared in numerous anthologies and journals, including the New York Times.