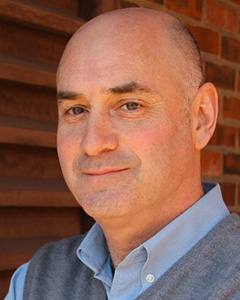 Mr. Kipnis’ architectural work has been widely published both locally and nationally. He has received several awards and distinctions including recently being honored with a 2011 Green Award from Chicago Magazine (nominated by Stanley Tigerman), having his design built for the ‘Green Homes for Chicago’ international design competition and having his Sturgeon Bay Vacation Home awarded ‘Home of the Decade’ from Natural Home Magazine.

Nathan Kipnis also lectures extensively on topics related to green architectural design, historically derived climatically based architectural design and renewable energy. Mr. Kipnis has been an invited speaker at numerous venues including being one of the keynote speakers at the Mother Earth News Fair, and at Northwestern University, the Chicago AIA, Archeworks, GreenBuild, The Midwest Renewable Energy Association, and the Center for Green Technology in Chicago.

Mr. Kipnis has been instrumental in helping to development the idea of an offshore wind farm off of Evanston’s shoreline, whose concept received a Design Evanston Urban Design/Planning award. Additionally, he is currently serving on the Chicago AIA’s Committee on the Environment, helping to produce a carbon tracking tool to assist architects in their effort to meet the AIA’s 2030 Commitment.

For the past several years, Mr. Kipnis has been Illinois’ representative at the Civil Society Institute’s annual American Clean Energy Agenda’s leadership council which has been helping local organizers move their communities away from dirty and dangerous extractive power fuels and towards a clean energy future.