Where We’re At Now

Evanston History Center is approaching Phase III of a multi-faceted restoration project of the Dawes House. The project is the result of an extensive assessment of the historic property started in 2009, when EHC became proud owners of the house, coach house and grounds, after leasing the facility from Northwestern University for over 50 years.

Phases I and II have been completed. Phase I included rebuilding the conservatory foundation and floor, a major restoration of masonry on the east side of the house, and structural work on the coach house. Phase II included work on the mechanical, electrical, and plumbing systems, which may have included the unblocking of drains, with businesses such as https://fsdrainage.com/drain-unblocking-services/weston-turville-hp22/, because of build up over the years. A new geothermal system and an updated boiler have been installed – a cutting edge sustainable energy system creating a stabilized interior environment. The entire electrical system has also been updated. Phase III will focus on the completion of masonry work and sandstone repair on the exterior of the house and the terrace.

Looking Back At Our Progress 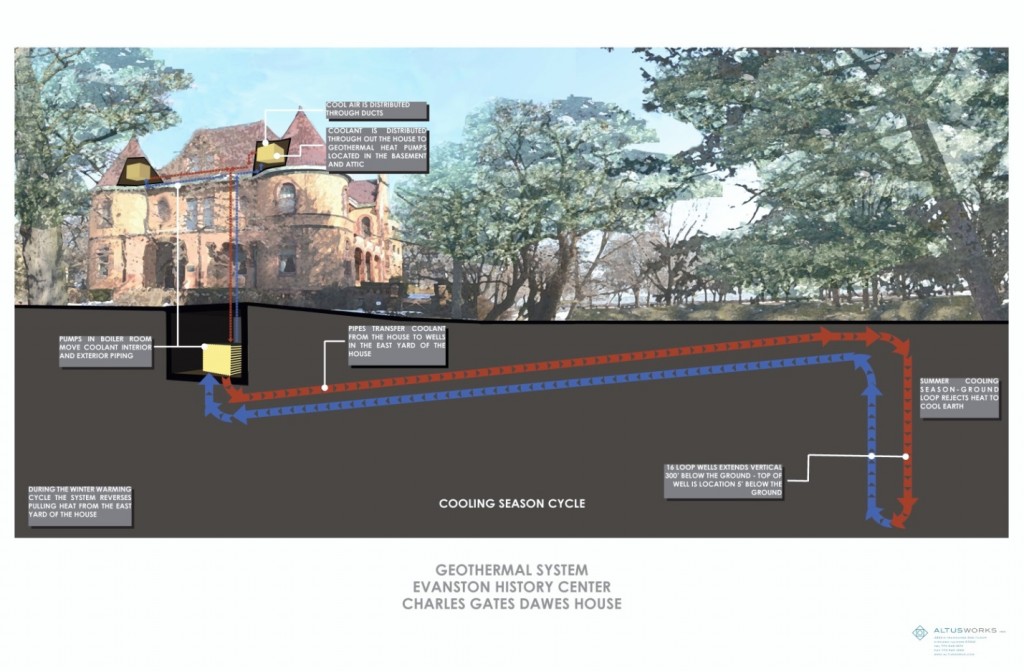